February 27, 2022 by The lonely investor No Comments 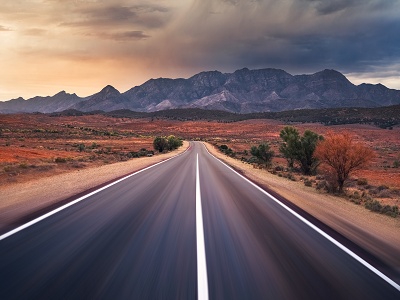 every journey has to start somewhere

Everybody has to start somewhere, and I’m no different.

don’t get me wrong, I’m not starting from zero, or at least that’s what i thought originally…

After all, I have a job, I have a steady income, I have some money saved up (and by now, no debts).

But it all seems so repetitive – work, earn, save, repeat.

Nothing gained, nothing working on its own, nothing really changing actually…

It seems I have been hearing the same tune throughout all my life and honestly, it seems to be coming from all directions including friends, family, the media, that one guy you know who made it in the stock market: ‘You have to get your financial life going’, ‘You have to start investing’, ‘Unless you have a portfolio you are just losing money ‘.

That just sucks! what the hell do they know that I don’t?

Don’t they have expenses? where the hell do they find the money to put aside? don’t they know you can also lose by investing? haven’t they lost? what do they know that I don’t?

At first, and especially when I was younger, I used to think it was all about being mature and not spending too much.
that was the message we all heard at home, wasn’t it? be responsible! save your money! don’t get tempted! don’t lose your money like all those people who invested!

But then, somewhere in my early 30’s I started noticing something a bit strange, all those people around me, the hard-working folks that have been responsible, had decent jobs, that had saved in a conservative bank-based saving account, well, they have all been exactly where they were.

It’s not that they have lost anything, but on the other hand, it’s not they had gained anything!

But the paychecks did not seem to follow that same trend.

Even if they went up it wasn’t as nearly as the rate of inflation.

All those people, doing exactly what they were told to do, being responsible, being ‘financially responsible’ and nothing! babkas! it was as if the world changed and nobody told them!

From time to time I would start hearing about all those people who ‘made it’ in the stock market, in investing, in real estate, but it was always mysterious, unattainable, out of reach…

What did all these people know that was hidden from the rest of us?

Investing, Finance, Trading, The stock market, Bonds, equity, Real estate, and all these other terms that sound completely foreign and mysterious.

Actually, In the beginning, they sounded to me like from another planet, like a secret language I don’t have access to and all the right people with the right connections just seem to know and understand.

What was actually so difficult in understanding all of those things and why do they sound so alien to us? so mysterious?

Just to hint on where all of this is going, I think my biggest challenge was actually acknowledging to myself that there was a challenge here.

That there is something that I (and maybe most of us) don’t know.

That we have been let out of the big secret of how we can be in control of our financial lives and actually be prosperous, be successful financially, be in control!

By now I still can’t say that I know half of it, or even that I know enough but one thing I do know.

I know that I don’t know, and I think that is a great place to start.

(FYI, although I am the lonely investor, but the whole point of me writing this and this entire blog is so we won’t have to be that lonely in our financial journey – together we can know so much more and support each other! Leave a comment, let me know what you guys think, tell me about your experience so we can all learn together and make the most out of each post and understand what we really want to know more about! )

my financial journey starting to invest tackling my own finances taking control the journey begins
Share:

Written by The lonely investor
Hello, my name is Dan and I'm the lonely investor. I am just a regular guy that has decided to take my financial life to the next level.Join my journey on Investing, Stocks, Crypto, and the financial managing of our lives so we can achieve freedom. after all, isn’t that’s what it’s all about?

So, where do I start?

How to pay your debts? https://thelonelyinvestor. 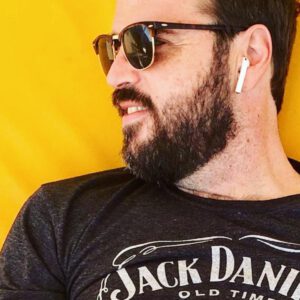 Hi,  I am the lonely investor and I have decided to take my financial life (and yours) to the next level.

Join my journey on Investing, Crypto and financial managing of our lives so we can achieve freedom.
after all, isn’t that’s what it’s all about?

So, where do I start?

aroundtheworld beachlife becoming financially independent chilling chillingonthebeach enjoyinglife fortloderdale investingaroundtheworld investorlife investortravels livingandchillin my financial journey organizing my finances starting to invest tackling my own finances taking control the journey begins what is my financial situation? where to begin where to start
Manage Cookie Consent
To provide the best experiences, we use technologies like cookies to store and/or access device information. Consenting to these technologies will allow us to process data such as browsing behavior or unique IDs on this site. Not consenting or withdrawing consent, may adversely affect certain features and functions.
Manage options Manage services Manage vendors Read more about these purposes
View preferences
{title} {title} {title}